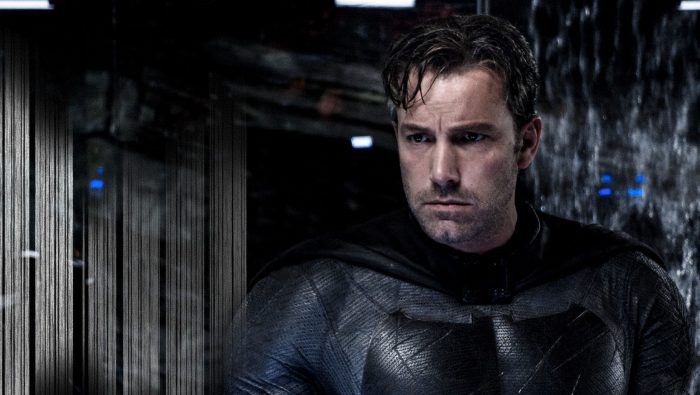 If I’m being completely honest, I actually enjoyed Ben Affleck’s portrayal of Bruce Wayne, and look forward to his contribution to the upcoming Justice League film.

This was a rather odd thing to post in retrospect and one I almost threw out as a mulligan, because in the realm of soul baring confessions, approving of Ben Affleck’s acting abilities is hardly a revelation.

However, the more I thought about it… being a Gen Xer, forged in the Stealheart fire of the eighties and nineties… the fluid legitimacy of Ben Affleck’s thespian prowess in many ways serves as the ultimate Rorschach test for those of my generation.

In this sense there are two Ben Affleck’s.

There’s the guy who co-wrote “Good Will Hunting”, lit up Kevin Smith’s View Askewniverse in “Chasing Amy” and saved the earth alongside Steve Buscemi in Armageddon.

And then there’s the dude who publicly merged with Jennifer Lopez to become “Bennifer.” In the process co-starring in the horrible cinematic bomb “Gigli”, and making a cringe worthy butt rubbing, cameo in her “Jenny On The Block” music video, something which will forever be seared into the retina of my soul.

Believe it or not, in my heart I choose to believe in the guy who brought Holden McNeil to life.

And let’s face it, he’s also not the first person in the world to do stupid things because they had a crush on a girl.

Now as far as Batman portrayal’s go, with the exception of Adam West and the amazing voiceover talents of Kevin Conroy, the bar has NEVER really been that high. Michael Keaton, while way better than I imagined, will always be “Mr. Mom” for the same reason Christian Bale will forever be “American Psycho”. Val Kilmer was kind of a one-time joke, only to be outdone by George Clooney’s bad acting and rubber-nippled costume.

This brings us back to Ben Affleck… who number one, got ridiculously jacked for the role and two, realistically took down Superman in the most technically feasible way possible. He also genuinely seemed pissed off most of the time and his voice while wearing the cowl did not deviate demonstrably from his studied and deliberate Bruce Wayne persona. I also thought he had pretty good chemistry with Henry Cavill and Gale Gadot…in all, a solid B+.

And while all of these points might appeal to my reason intellectually, on an emotional level, Ben Affleck is only one year older than me. So, if that 46 year-old guy can believably pull off Batman for several years to come, than maybe this 45 year-old guy is still closer to pulling off Bruce Wayne at the beach for several years to come as well. Which beats the hell out of cowering like Alfred on the Peconic Bay this summer in an oversized tee, under an umbrella eating powdered rice cakes and yelling at my kids.

For that alone, if I’m being completely honest, I actually enjoyed Ben Affleck’s portrayal of Bruce Wayne, and look forward to his contribution to the upcoming Justice League film.