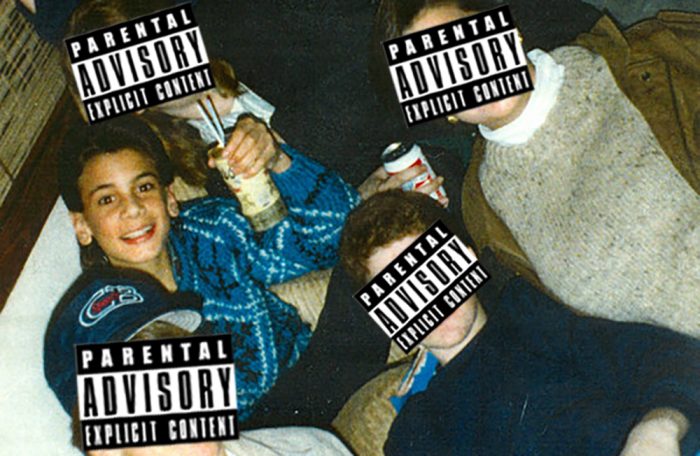 Of all the generations to ever grace this earth I would say by far Gen-X is the cream of the crop.

Of course, I’m a bit biased being that that this is my generation. However, probably the only thing as impactful as heading off to college during the birth of Nirvana, Soungarden, Nine Inch Nails and Alice In Chains rounding the early nineties, was spending my adolescence incubating in the eighties in all of its glory. Instead of a long diatribe deconstructing the subculture, I thought I’d just list out the ten best things I can remember about being an adolescent in the 80’s.

10. Roller-skating
Sure, maybe the seventies started the whole disco roller skating thing. But it took the smoke machine, ‘Hey Mickey’ by Toni Basil and Michael Jackson’s Thriller on the projection screen to make it truly epic. Throw in Dig-Dug, Centipede, Mr. Do and the Dragon Slayer arcade game that required an MIT degree to understand and you had the makings of a heroine high for every sixth grader this side of 3 PM on a Friday. You also had the best role model possible in the skate guard. This was the dude who rode around picking people up when they fell, but never made them feel like crap about it…and they could skate backwards.

9. Binaca
A lot of people make the mistake of thinking that pot is a gateway drug. No, my friends, that would be Binaca. This stuff was a peppermint breathe spray for your mouth that was the size of a tampon applicator and was available at every corner candy store (yeah, we had candy stores not CVS’s). The thing is what no one realized is that there was just enough trace alcohol in each cannister so if you busted about ten spritzes in your mouth you were oddly in a better mood. And because nobody had a clue, we got about a good 12 months of this portable high to make the bus on the way to school the best commute in the world before Mr. Marshall banned them in sixth grade.

8. Cigarettes
See back in the eighties the country was still corrupt enough that the tobacco industry was able to suppress the truth about the harmful effects of smoking. This meant that even though the smoking age was 18, as long as you looked ten, someone would sell them to you…not to mention they had vending machines that sold them at every pizza parlor. And holy crap all you had to do was skip lunch, pocket the $1.25 and you had yourself some Marlboro Lights. And being 13 years old with a pack of 20 cigarettes you could literally make the day of it. Smoking was also an amazing excuse to skip school, drive around doing nothing and of course play pool. The best part is the government and adults were so foolishly focused on crack, that while they were fighting the war on drugs these fools actually gave us a smoking section in high school.

7. Malls
When I say malls, I don’t mean this cookie cutter crap you see today with a Nordstrom and Bloomingdales and Cheesecake Factory. No back in the day the mall was truly the decrepit underbelly of youth culture in America. You could of course smoke in the mall (see item 8), there was an arcade, Record World, Lums and all these chachky stores adults would avoid like the plague. You could also count on the unsanitary and sketchy food court where you could do your best to try and pick up girls from different high schools that smelled like Binaca and had hair as high as the Taj Mahal and huge @$$ sweatshirts that made their boobs look as big as your language teacher’s.

6. Underage Drinking
Feel like we need to get this one out of way. In the eighties some fool thought it was a good idea to raise the drinking age to 21. Instead of deterring us, this just made us more determined to get our hands on the stuff. The cool part about the eighties was we had a bear that told us not to light forests on fire and a dog named Spuds MacKenzie that told us we should drink. And given the overall lack of anyone caring, you could just ride your bike to the most crime riddled area of town and ask the guy offering you drugs to go in and buy you a six pack for an extra two bucks. Now of course, even though we bought a six pack we only really drank three and pretended otherwise, but still considering how much of an upgrade from seventh grade sleepovers it was, for two remarkable hours even a freezing empty field with three dudes seemed like Studio 54.

5. Dance Clubs
In tandem with underage inebriation, the eighties version of the dance club was the most ingenious workaround to the whole legal drinking age thing. See they set these places up so that it was 18 to get in and 21 to drink. And those people that could drink would be given these colored wrist bands. However, given that there were only six colors, all you had to do was collect discarded ones in the parking lot and then boom next time you went back you could make yourself 21 with a little bit of scotch tape. You could also go to 42nd street back when it was seedy in the eighties and get a fake medical ID that said you were of age, so even if you were fifteen you could get into these places. Me, I had an ID card that identified me as a diabetic that also happened to be 18. Underage drinking aside, the biggest nights of the week were Wednesdays and Thursdays, so you had a free extra weekend before the real weekend as long as you could handle being hungover in English class and occasionally vomiting in the bathroom.

4. John Hughes Films
With all the socially conscious films that pander to the delicacy of youth today… back in the eighties this guy John Hughes gave us “Pretty In Pink”, “Sixteen Candles”, “The Breakfast Club”, “Ferris Beuller’s Day Off” and ‘Weird Science” to chew on in theaters. First of all, these movies had incredible soundtracks, codified the “I don’t care” modus operandi of my generation and glorified all of the depraved excesses of being a teenager in the eighties. The other things these movies did was create the false phenomena of the rich parents going away and the high school house party that would ensue. Now even though this was initially completely fictionalized, it put the idea in the heads of kids everywhere to the point that we actually started doing this when our parents went away. Of course, our houses weren’t as nice as Steff McKee’s but really all you needed was four walls, a heating system and a place to pee and it was on.

3. Nuclear War
Nothing, and I repeat nothing, is more effective at teaching a whole generation not to really care about anything of consequence in their life like the specter of an all-out extinction level global nuclear holocaust. From grade school on I remember watching “the Day After” an end of days post-apocalyptic nuclear war film and having to crouch in the hallways during emergency drills at school, because somehow that was going to save us from a nuclear explosion. It was in these sessions that this could have gone two ways. It could have crushed our spirits and created a whole culture of wilting flowers. But did it? No… we owned that $hit, sent Rocky Balboa over to the Soviet Union to kick the crap out of Ivan Drago and got Rocky IV, the most glorious movie soundtrack of all time. This my friends was the moment Gen-X decided that unless you’re wiping out a million of us at clip, nothing you can say to us really matters.

2. Tower Records
Now I am sure not every town had a Tower Records, but I am fairly certain Tower Records was the spirit animal of your favorite place to buy music. Yes, you could actually freaking buy music in the eighties. This meant looking at album covers, seeing all the bands gathered together in one section so you could check out the latest addition to the club. And if you wanted to listen to one song you didn’t have Spotify, instead it was the cassingle. A very special one of a kind music tape with one track and a B-side, which was probably a remix of that one song. Yet probably the best thing about Tower Records was the record release day, where you would stand on a line that wrapped all the way around the store until midnight just so you could get your hands and be the first one to listen to the whole album on your rack stereo system at home. If you sprinkle some good old heavy metal on this experience, there was literally nothing like it in the world.

1. No Internet
Of them all this might have been the best part of spending my adolescence in the eighties. You didn’t have Facebook, Twitter or Instagram. Instead, you dragged every kid on your block out of their house and you played manhunt until it was pitch black out, you were full of dirt and everyone’s parents were screaming at them to get inside. There was none of this “all about me” indulgences that have turned an entire generation of our youth into attention starved exhibitionists. We didn’t have selfies, hell if someone caught you looking in the mirror too long in the lunchroom you got teased for a week. The closest we came to an influencer was the kid that used to tell the religious teacher he didn’t believe in God or the security guard at the arcade in the mall who owned condoms. All insanity aside most of all we got to know each other the best we could and lived in the moment. And that was probably the greatest gift of all.