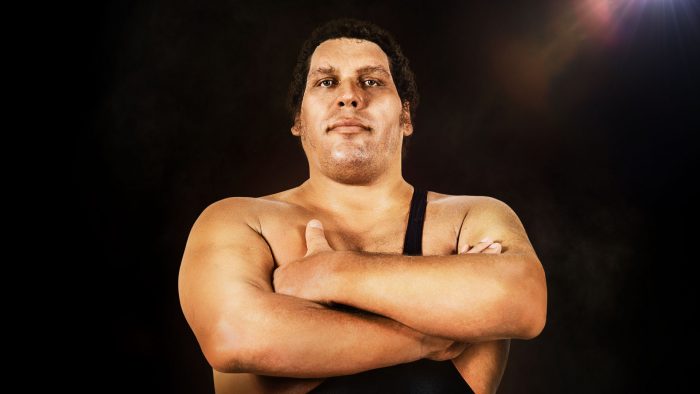 If you happened have to read last week’s entry you would know that in 10th grade I was 4’11 and weighed 98 pounds. With stats like that it wasn’t like I could join the basketball team and after seeing “Lucas” no way was I gonna’ try football. In 9th grade I did try out for the golf team but I was kicked off for smoking on the course and leaving an errant cigarette butt on the green (cut me some slack it was the eighties).

This pretty much left the wrestling team as my only option. And after avoiding the wrestling coach who stalked me like a barker for some freakish side-show, I finally caved in because he told me that there was literally no other people in my weight category and that I would win most matches by sheer forfeit.

Now to give you an idea of my wrestling coach, the man looked like Hercules and could bench-press a four door sedan. And I could be mistaken, (I might have actually dreamed this) but I sort of remember him having a tattoo of two squirrels running up his left leg and two coming down his right leg with nuts in their mouth. Anyway, as far as temperaments went this dude was like a Spartan drill sergeant, and not Spartan like those whakos that draw on their arms and run through mud, I’m talking “300” blood-curdling-Gerard-Butler, Spartan.

So yes, Coach was a bit of an authoritarian. And as a scrawny little spitball I literally did not listen to a single word the man said. Still I went to practice, wore the one-piece outfit (with head gear) and faked it. I coasted for the next month and once the season started, just like they promised me, there was no one to be found in the 98 lb. weight category so I just started winning these matches on forfeit.

Yes, occasionally I did run in to the odd competitor in my weight category but all I usually had to do was roll around for a minute and let myself get pinned. It’s not like a I actually bothered to pay attention in practice, so other than my go-to illegal headlock I had no idea what I was doing.

And in full disclosure, yes, once I was disqualified for tickling.

Anyway at one point I remember thinking mid-season that I really should start listening in practice or quit the team altogether. That Friday I had a long talk with my coach and promised to pay attention if he could teach me how to wrestle. It was one of my first lessons in life, and probably why sports are such a good thing for kids to get in to.

And like a low rent version of the Karate Kid (but with wrestling) I practiced two hours a day religiously and even figured out the right way to do sit-ups. Not sure I got much better but I did really try now and discovered how much of an art wrestling was. After a string of no-shows I even wrestled one match and made it to all three rounds without getting pinned. Sure I lost by decision but that was a pretty big victory for me. I went on to wrestle for the rest of the season and didn’t manage to embarrass myself too much.

It was right about that time that it happened.

It was a Friday match, late in the afternoon and I found out that there was going to be someone in my weight class. I suited up and rolled out with the rest of my team. The good thing about being in the first weight class is that it meant I was usually first up among the matches. I remember coming out to meet my opponent and seeing this very tall guy hopping out with one leg.

I would like to interrupt this entry to make it clear that someone who is living with a disability like a missing a limb that can go on to compete in sports is an inspiration to us all and just to have gotten the chance to compete with him, is an incredible honor for me. So many times in my life when facing adversity I have thought about this person and been humbled by their indomitable spirit and shear force of will. And as a forty five year old man I can tell you my thoughts of this person are filled with nothing but respect and admiration.

But for that scrawny, insecure young 14 year old that hadn’t won a match all season, all I could think was, “Thank God, this guy’s only got one leg.”

I met him in the middle of the circle and, it being a Friday, the stands were packed with friends and classmates cheering me on. I could feel the blood rushing to my face as I prepared to test my mettle. And all I remember thinking was, “Joe whatever you do, don’t go for the leg.”

So… naturally I went for the leg.

This dude, totally anticipating my move, like an anaconda whipped me to the ground and in less than a minute had me flipped over almost entirely on my back. It took all of the next twenty seconds for him to get both shoulders pinned and locked down the win.

I don’t think I have ever heard so many cheers give way to such a collective groan in my life. I couldn’t bring myself to look up so I can’t really tell you who saw me lose that day but I’m pretty sure some of them were probably pretty girls. Anyway, I shook this guy’s hand, who was super gracious, and made my way to the sidelines somewhat choked up. Still, I learned a very valuable lesson that day and met someone who would inspire me for the rest of my own life.

And to be fair, the school nurse did point out that if that guy had both legs he probably would have outweighed me by twenty pounds.

So, if I’m being completely honest, back in high school, I was beaten in a junior varsity wrestling match, by a guy with one leg.