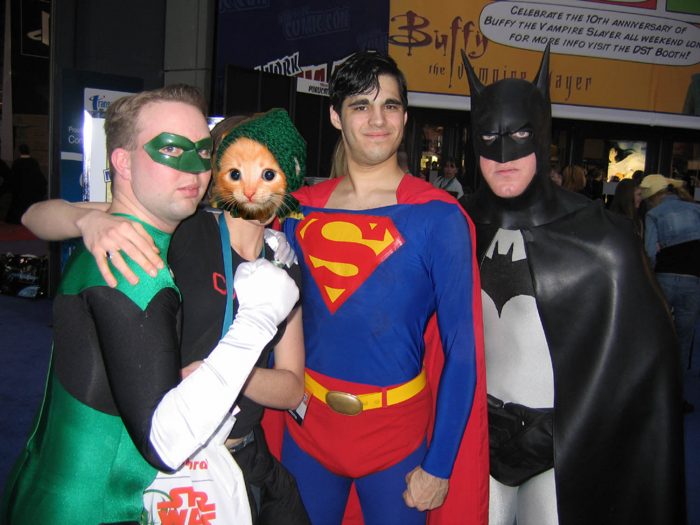 Since undertaking this exercise in soul bearing admissions, I would have to say this one is probably one of the easiest confessions to make. I freaking love comic books and I don’t care who knows it. Hot girl, potential boss, room full of bikers…doesn’t matter, if I have a comic book I ‘m opening it and I’m reading it.

Been in love with the medium since my 13th birthday when my best friend Steve Sweeney bought me the collected “Dark Phoenix Saga” by Chris Claremont and Dave Cockrum. Read the whole thing in like one day and I was instantly hooked.

It was this incredibly rich and layered universe of semi-continuous stories being told for the last fifty years that I happened to stumble upon. Being an instant junkie, I learned that my nearest fix could be found at a little place called Creation Comics on Jericho Turnpike about twenty minutes away by bike.

At the time I had a pretty financially anemic newspaper route, but I made about twenty bucks a week, which was enough to be a king in the comic shop. I would regularly inhale all the quarter bin back issues I could find and ogle at the collector’s editions on the wall. Speaking of ogling, I think the first set of boobs I ever saw in my life were drawn by Jon Byrne…so clearly this was an unhealthy relationship.

And if comics were a religion and comic book shops the church, Wednesday would be its Sunday. Every week at noon on Wednesday you could always count on the latest titles for the week to arrive. And from the trials of high school to the debauchery of college to the depravity of my twenties to the disillusionment of my thirties and the desperation of my forties, not a week has gone by where I have not gone to pick up that latest week’s stash of books.

I’d like to say that I have discerning tastes and only read the Indy’s but the truth is I’m an unabashed super hero dork. Marvel, DC, Image, it doesn’t matter, as long as somebody is wearing a mask, dressed in tights or can shoot rockets out of their crotch, chances are I’ll buy it. What’s frightening is I can’t really tell you what my wife’s middle name is but for some reason I know every woman Peter Parker has ever dated and what his second clone (Ben Reilly) is up to now.

What’s weird is, as I have gotten older I feel like everyone I see in the comic book store is still roughly my age. I mean sure, they look like characters out of the canteen scene in Star Wars, but for the most part we’re pretty much all born in the 1970’s. And with a cover price of $3.99 a book I honestly can’t imagine a kid being able to afford it. So it’s pretty much just a bunch of us man-children huddled together on the second floor of Midtown Comics with our thinning hairlines and burgeoning psoriasis trying to make some sense of what has become of our lives.

Great, so now I’ve just depressed the living hell out of myself.

Therefore, if I’m being completely honest, I still buy comic books every Wednesday and have for the last 32 years.