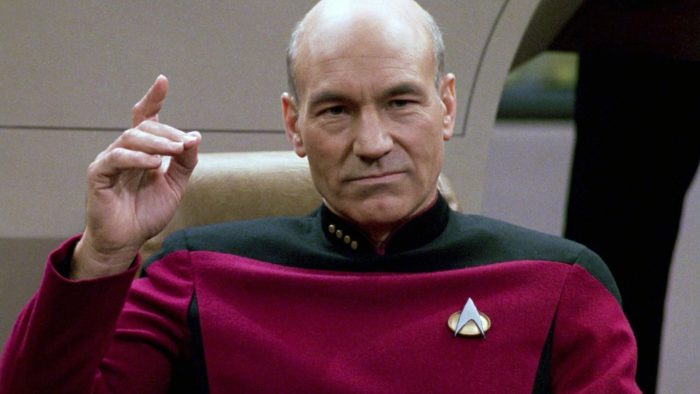 So when I was turning thirty-three I had been trying on clothes in the J. Crew dressing room at Rockefeller Center in New York City and I noticed something absolutely horrific.

The light in the ceiling was ridiculously bright and staring in the mirror it looked like a UFO had been trying to beam me up. However, that wasn’t the only thing I noticed…through my carefully quaffed hair I could make out the horizon line of my freaking skull.

I would go on to spend the next twenty minutes looking at my head at various angles in front of that mirror trying to tell myself what I didn’t want to accept, which was that I could see a bald head somewhere underneath those layers of chestnut locks and Redken hair care product. I went home that night telling myself it had to just be the dressing room lights that were doing that and casually did a drive-by in my bathroom mirror. And yes, the effect was much tamer but, holy hell, I could still see deeper through to my scalp then I ever wanted to.

I literally did not sleep a single wink that entire night and counted the minutes until 9 AM so I could call my doctor’s office and set up an appointment to come in. I had not realized that they opened at 10…so that hour really was not fun.

Anyway, I got through to the pissed off receptionist at 10:01 A.M. only for her to tell me that going bald was something a dermatologist had to diagnose.

You would think that would be a hard person to come across, as who has their dermatologist on speed dial? Well I have OCD so I had every doctor from my urologist to my allergist programmed in to my flip-phone.

I quickly pivoted and immediately called Dr. Smith (his name has been changed to protect his identity) but found out he couldn’t take me for another two weeks. I immediately called back and told the nurse it was an emergency…and when I was pressed to explain what that emergency was, I panicked and said that my testicles were inflamed.

It was totally awkward, but you know what?
I totally got an appointment for that day.

Anyway, after the doctor looked at my testicles and told me they weren’t inflamed I then casually mentioned in an on off the cuff manner that I thought I might be losing my hair. He immediately had me pull my pants up and tilted the same bright light over to my head and stared there silent for what was the longest ten seconds of my life.

At this point he told me that I had a very natural thinning of the hairline that comes with age and that because I had long hair it made something that I should not really notice until my forties, well, somewhat noticeable at thirty three.

Flush with exasperation, I asked him why people like Jovi still had their hair. I had to confirm that by Jovi I meant Jon Bon Jovi, which I still don’t think he got. But once I clarified I was referring to people like musicians who’s livelihood depended on it, he told me they probably took Rogaine to make their locks fuller, wore a hair “replacement system” or took Propecia to prevent losing any more hair. But again, he assured me I was years away from needing anything as extreme as Propecia, if even at all.

I then asked him why I wouldn’t just take it, “just in case”. To which he explained that I would be throwing a hundred bucks a month away at something that might never happen and that I just had to keep an eye on things.

So after a god cry, he agreed to give me a prescription for Propecia, which I have been taking faithfully for the last twelve years of my life.

I am happy to report that since that day I haven’t lost a single follicle on my head (with the exception of my grays which I pull out at every opportunity) and the sexual side effects are relatively minimal.

Ah and now they sell it generically for twenty bucks…which makes it a win, win all the way across the board.

So if I’m being completely honest, I have been taking Propecia for the last 12 years, not because I’m going bald but because I’m worried about going bald.