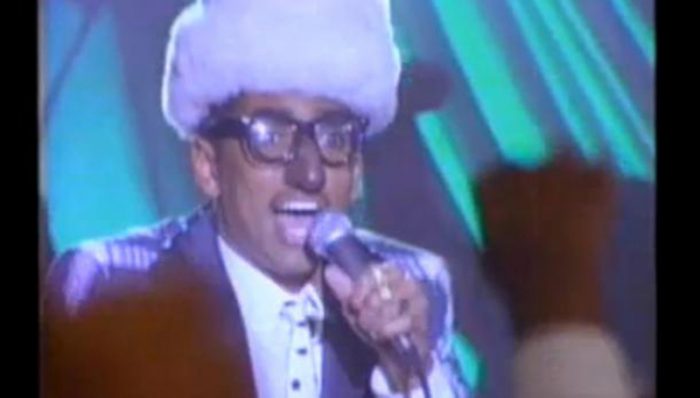 If I’m being completely honest, for like a year I thought the Velvet Underground sang “The Humpty Dance”…

I recently saw this meme on Facebook where everyone names their most influential albums growing up. The funny part is what we really got are people listing out the albums in retrospect that they wish were fundamental to them when in reality being adolescents of the eighties and nineties nothing anyone listened to and enjoyed was tremendously profound or acclaimed. However that did not make the music we did enjoy, any less legitimate even if these LP’s lacked the appropriate gravity of some other masterpieces.

Looking back as someone who has had the opportunity live the better part of five decades it is easy in retrospect see who some of the most influential artists to music are after all is said and done. Chief among them is consummate cool guy Lou Reed who wrote “Take A Walk on The Wildside”, the 1972 hit produced by David Bowie. Earlier in his career Lou formed the rock band, Velvet Underground which mixed rock with avante garde styles and was managed by none other than Andy Warhol himself. In 2003, Rolling Stone called their debut album, Velvet Underground & Nico, “the most prophetic album ever made.”

As I have gotten older I have come to appreciate them as well as the genius of Jimi Hendrix, The Smiths, The Who, David Bowie, The Allman Brothers, Sonic Youth, The Pixies and The Beatles. And having lived through the eighties and nineties I of course was lucky enough to experience, U2, Alice In Chains, Soundgarden, Nirvana, Siouxsie and the Banshees, Metallica and Nine Inch Nails. But I also know growing up in the eighties and nineties I loved the hell out of less profound choices like Skid Row, Bon Jovi, Cinderella, Slaughter, Winger, Warrant and Trixter. I still remember the first time I heard Jovi on the radio and all the money I would spend in sixth grade on Hit Parade Magazine.

Being from New York and a consummate guido going to cheesey teen clubs like ‘Metro 700’ and the Dorm I also used to make a fool of myself like a young gazelle on the dance floor to freestyle bands like TKA, Judy Torres, C&C Music Factory, George Lamond and Lil’ Suzie. So basically every weekend I would listen to Hot 97 club mixes, then go out and buy cassingles which were one off songs in tape format usually by one-hit wonders. By the time I was 19 I literally had a bag full of these bad boys.

Now on top of the guido and hair bands I was reared with a strong appreciation for the Top 40 side of things with Huey Lewis & The News, Bryan Adams, Mariah Carey, Hall & Oates, Duran Duran, Erasure, Milli Vanilli and of course Rick Springfield.

So yes, I totally listen to and enjoy some of the more transformational bands having the benefit of retrospect to color my appreciation of their contributions to music. And turning twenty at the start of the nineties guaranteed I jammed to some of the best alternative groups in existence no matter how much I still liked Color Me Badd. But the point I am trying to make is that music doesn’t always have to be high art to both be enjoyable and influential. I love the Backstreet Boys just as much as I am obsessed with Ministry and don’t put those limitations on what I’ll let myself identify with, because it’s all of us. There are few people out there regardless of their ‘legit’ music tastes who are driving in their car all alone with the windows shut that doesn’t kick back and enjoy a good Richard Marx song and maybe even sing along.

One of my favorite things to do in a room full of high-minded folks is to immediately proclaim my belief that Bon Jovi is one of the greatest bands of all time.

I have no idea….but I do know I happen to be a huge fan…but any assertion that pompous belongs to be paired with whatever band you think will piss people off in the room the most.

Which brings me to ‘The Humpty Dance’. Not a bad jam for what it was and if you were at a club looking to make a fool of yourself it certainly did the trick. But I will admit, when someone my junior year of college at a party told me they were going to play Velvet Underground I totally thought it was the Digital Underground and that we were going to listen to ‘The Humpty Dance’…