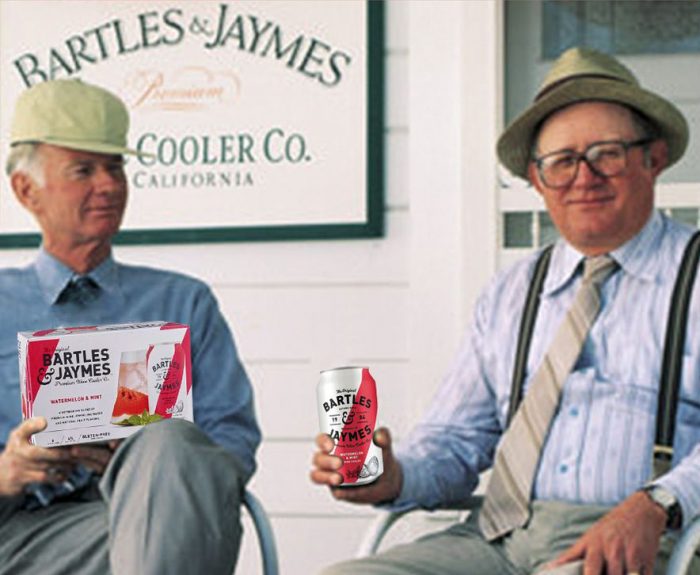 If I’m being completely honest, I’ve always liked the taste of wine coolers and when no one was looking in high school I always drank a few…

Nothing in life says, “I am a man” like being able to throw down a stiff drink. Not sure what happened to us all in society but I have to say I have fallen into this trap myself. It’s hard to tell if I really enjoy the taste of Jameson, Jack Daniels, Sambuca and Wild Turkey or if I think I ought to. The deconstruction of our masculinity against a backdrop of ill-fated decisions is definitely a heady and worthwhile topic for exploration. However, being that this is my blog and we are in the shallow end of the intellectual pool I’m here to talk about beer, wine coolers and high school.

Growing up in Garden City Long Island was definitely a trip; especially back in the late eighties. My hometown is only 18 miles from midtown Manhattan but you’d never know it. People like to compare it to a John Hughes film but it was in a lot of ways more akin to something out of the mind of Wes Anderson. John Tesh, a native of my town, actually composed an entire album of him at a piano and called it “Garden City”.

But in spite of all of that absurdity and being the skinniest, shortest, and least athletic thing in that zip code, I have to say I had a truly fantastic time.

What might have significantly contributed to my fondness of my adolescence in Garden City is the fact that we all started drinking our freshman year of high school.

And by drinking I mean beer.

In spite of how much I would come to eventually live solely off the stuff in college, the first time I tried beer at the age of fourteen, I have to say, it tasted like pure death. I literally had never in my life come across a more bitter, vomit inducing, putrid liquid in all my life. I think one time it even made me cry.

Of course, I lied through my teeth and told all of my other friends I loved the taste of beer. And being that it really tasted like bile to all of us, but nobody wanted to admit it, throngs of freshman dudes would up the ante by pretending it was the single greatest thing in the world. We would go on to make up war stories about how many we could drink and even had the audacity to pretend like we had favorite brands.

The reality is we all could barely stand the taste, none of us could drink more than three without getting completely wasted and when no one was looking we would pour it out in a bush and then pretend like we wanted another one. But given that your only other alternative to beer was stealing your parent’s hard liquor and rolling the dice on when you would pass out…beer it was.

Someone’s older brother or sister, in their infinite wisdom, had let the girls in my grade in on the existence of wine coolers. I remember the first time I got my hands on one of these warlocks. It was a Bartles & Jaymes peach passion concoction. I took a taste of one at a party and promptly shuddered like I just ingested something inferior and prissy. But you know what, that thing was freaking delicious.

Of course you could never go out and buy wine coolers because you would totally get busted. The best you could hope for was being able to make your way to a party with girls and then wait for them to leave to go to the bathroom so you could steal whatever was left of the wine cooler they were drinking.

By the end of my freshman year, steadily powering through countless weekends of underage drinking in St. Paul’s field, I learned to tolerate beer and even began finishing each can. Being a mere 98 pounds, I still had a three Bud Light limit before I turned into a mental puddle but at least I wasn’t vomiting in my mouth anymore.

Fortunately there would be many more house parties where I would find myself in the presence of a half abandoned bottle of these much-maligned fruity malt beverages and plenty of empty rooms to secretly pound them down in.

Therefore, if I’m being completely honest, I’ve always liked the taste of wine coolers and when no one was looking in high school I always drank a few…